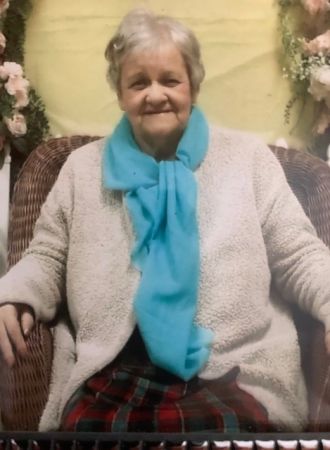 Carol Marilyn Eggie (nee Seibert) age 79 of Melbourne Ky went to be with the Lord our Savior on July 24, 2021, just two days after her Birthday. Carol enjoyed bowling, playing cards and Bingo.
In her later years she enjoyed volunteering on the Ladies Auxiliary at Alexandria and Camp Springs Fire Departments where she earned many awards. She also volunteered at the Senior Center.

Carol was preceded in death by her husband of 58 years Henry Leroy Eggie Jr., her mother Edna Seibert, her Brother Edward G Seibert, and a Granddaughter Michelle Watson. Carol is survived by her son Michael (Donna) Eggie, her daughter Sherry (John) Baker, and her sister Joann (Bill) Wise. She is also survived by her grandchildren Stephanie (Brad) Burkart, Amanda (Dylan) Reis, Jennifer (Ray) Burwick, and Heather Ayres. She is also survived by numerous great grandchildren, cousins, nieces and nephews.
At Carol’s request services will be private, Cooper Funeral Home is serving the family.

Posted by:
Jerry Williams
Posted on:
July 27, 2021
Mike,
To see this saddens me, my prayers are with you and your family.
I hope you are doing well, God Bless.
Jerry
Report This Comment
Let us know why you would like to report this Comment.
Your report will be kept anonymous