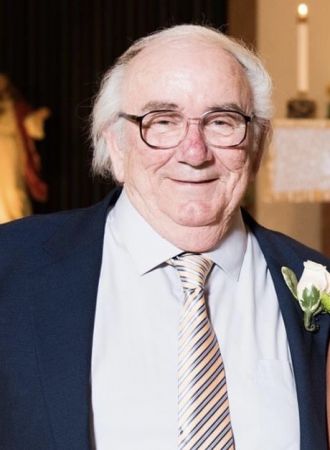 Nicholas John Funaro, 76, of Covington, KY passed away on July 3, 2021. He was the son of Peter Anthony and Pauline (Nicholas) Funaro. He had retired from the United States Post Office. While delivering mail, mostly in Fort Thomas and Highland Heights, he encountered many circumstances that most don’t. He once saved an elderly woman who had turned on the furnace rather than the air conditioner. He tried to save a woman who was choking and almost had to deliver a baby on his route one day. While it was his job to deliver mail, he was known for always going above and beyond and made many friends along his routes. Nick was a proud recipient of the driving award-accident free. He was a member of the National Association of Letter Carriers. He was preceded in death by his parents. He is survived by his wife, Carol (Ripberger) Funaro. Sons; Mark (Carri), Michael (Gina) and Matt Funaro. Daughter; Lisa (Dan) Wooton. Brothers; Gene and Gary Funaro. Sisters; Yvonne (Denny) Groneck, Sheila (Tony) Roderick and Tina (Ward) Tackett. Proud Grandfather to Brittany (Ryan), Zachary, Amanda, Morgan (Scottie), Sarah (Dylan), Logan, Ashley (Brandon) and Justin (Amanda). Even prouder Great-Grandfather to Emmie, Aeralynn, Braelyn, Ty, Blake, Lucy, Knox and Cooper. Wonderful Uncle to many nieces and nephews. Visitation will be held at Cooper Funeral Home on Monday, July 12th, 2021 from 5pm-8pm. Graveside services will be held at St. Stephen Cemetery in Fort Thomas, KY at 10am on July 13th, 2021. Cooper Funeral Home is serving the family.
Posted by:
Bill and Terri Burt
Posted on:
July 9, 2021
So sorry to hear about this. I worked with Nick for many years at the Post Office and enjoyed his friendship. Sheila, our condolences and prayers are with you and your family. We know how much your brother meant to you. RIP Nick.
Report This Comment
Let us know why you would like to report this Comment.
Your report will be kept anonymous