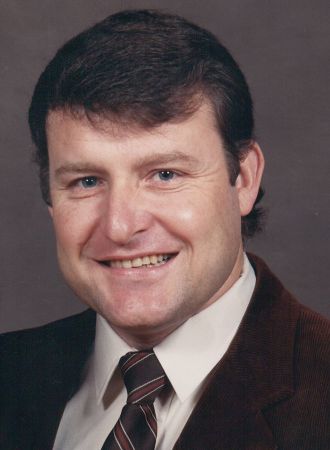 John David Miller, age 74, of Alexandria (born on 10/6/46 in Hazard, Ky.) entered Eternal Life on July 4th, 2021, after a lengthy and courageous battle with Parkinson’s Disease. John David is survived by Judith Davis Miller, his loving wife of 51 years, his loving daughter Melanie (Anthony) Inman and loving son Jeffrey David (Beth) Miller and his darling granddaughters, Maya and Eliza Miller. John David is also survived by loving sisters Etta (David) Mains, TroyLeigh (Chuck) Combs, Sherry Butler, Angel Miller, Janice Marshall, and loving brothers Jerry (Diane) Miller, Benny (Linda) Miller and Danny (Michele) Miller. John David is also survived by his dear in-laws who he loved as their brother and who all loved him the same way: Jerry (Mary) Davis, Debbie (the late Wayne) Vaught, J. David (Karen) Davis, Cathy Hiner, Pamela (Chuck) Moyer and Laurie (Robert) Moore. John David is also survived by a special cousin, Sylvia (Eugene) Klender, as well as many dear nieces and nephews who absolutely adored him and all who have happy memories of fun times with him over the years. He had a big heart and would always happily help anyone in any way he could.
John David was preceded in death by his dear mother, Mamie Miller, his dear father, James Miller, and his dear step-mother, Thelma Miller, as well as his dear sisters, June Miller and Eileen Wallingford, and dear brother, Barney R. Miller. John David was also preceded in death by his dear parents-in-law, James and Edna Davis, who loved him like a son.
John David proudly served in the United States Army during the Vietnam era stationed in Germany, where he served as a Guard on the Berlin Wall and also as a Military Police. While stationed in Europe, he learned to ski in the Swiss Alps and, years later, when he accompanied his son on Cub Scouts skiing trips, he put his skis on and was maneuvering the slopes as if he was a pro. He was employed at FKI Logistics for over 30 years. He was an expert at installing and/or repairing huge conveyor systems in distribution centers all over the United States and also in Canada, England and Germany. He was a lifelong fan of the Ky. Wildcats basketball team and enjoyed rooting them on at Rupp Arena whenever possible. He enjoyed camping, fishing in his pontoon boat, travelling on family vacations, as well as spending time with family. He loved attending various activities of his granddaughters. John David was a Master Mason of the Grand Lodge of Kentucky, F.&A.M., Trinity Lodge #163, Newport, Ky. John David loved his family deeply and always put his wife and children first. He was so thrilled with the births of his daughter and son and overjoyed when his granddaughters came along. He was a member of Christ Baptist Church. He loved God and was a devoted Christian, having given his life to the Lord in 1970. He served as an Usher at Church. He used to be the only driver of the Church’s van where he cheerfully transported the ladies to and from the senior citizens complex and even drove them around to enjoy Christmas lights during the holidays. He also used to be a leader in the young Royal Ambassadors at Church, Mission friends and with the 3-year-olds in Sunday School. The children all adored him and called him “Mr. David”.
Visitation will be on July 10th, 2021 from 9am-11am at Christ Baptist Church, 3810 Alexandria Pike, Cold Spring, Ky. until time of service at 11am. Masonic services will begin at 10:30am. Interment with full military honors in Butler Cemetery, aka Flour Creek Cemetery, U.S. & Flour Creek Rd., Butler, Ky. Pastor Al Weeks will officiate the service. Memorial donations can be made to Christ Baptist Church, 3810 Alexandria Pike, Cold Spring, KY 41076 or Pleasant Ridge Baptist Church, 11212 Lees Rd, Alexandria, KY 41001. Cooper Funeral Home is serving the family.