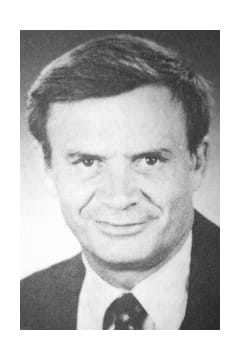 Bill retired from DuBois Chemicals where he was a pioneer microbiology scientist, leading projects for the food and beverage industry and presenting his findings at national conferences. He was also an active member of the Ohio Association of Sanitarians.

Bill was a 60-year faithful member of St. Catherine of Siena Church, Fort Thomas. He graduated from Newport Catholic High School, Villa Madonna College, and completed graduate studies at the University of Kentucky. He was a veteran of the US Navy.

He was a sports enthusiast, coaching his children in baseball and basketball.  He served as the President of Ft. Thomas Little League Baseball. He was also an avid tennis player and a volunteer for the ATP. Bill enjoyed spending time with friends and family where all enjoyed his warmth, his wry sense of humor, and offering their regular contributions to the family inheritance through a friendly game of cards.
Bill and Mary led The Parkinson’s Support Group of Northern Kentucky in order to help those whose lives were also impacted by Parkinson’s Disease.

Funeral and Memorial Service will be held at St. Catherine of Siena, Ft. Thomas KY on Thursday, June 27, 2019 from 9:45 to 10:45 am. Mass of Christian Burial will be held at 11am at the church.
In lieu of flowers contributions may be made to Carmel Manor of Ft Thomas or Newport Central Catholic.

Mary and family Our thoughts and prayers are with you. We knew you only a short time but was enough to know you are an inspiration and ray of light to those whose lives you touch. Each time we pass the corner table at Carmel Manor we will think of you.
- Pat