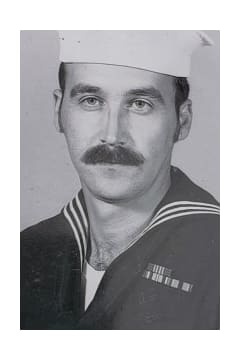 Stephen Daunt, 61, of Alexandria KY, passed away peacefully at his home on July 14th, 2019. Stephen was born and raised in Newport KY. He joined the United States Navy in 1974 at the age of 17 where he became an aviation ordnanceman & served in Vietnam and Desert Storm. In 1994, he had served his naval career honorably and retired at the age of 37 after 20 years. He is also a member of the Southgate VFW.
Stephen was always a family man who took pride in his children and grandchildren.
He is survived by his wife of 46 years, Tonna Daunt. Daughters; Shawnette (Scott) Pangallo,
Nickea (Earl) Ryder, Salenia (Chris) Kaiser. Brother; Robert (Shelley) Daunt. Sisters; Judy Stevins, Cindy (Mike) Rilling, Patty Frazier and Kate Daunt. He is also survived by 8 grandchildren; Stephen, Dominic, Anthony, Regan, Madison, Emma, Bryce, Chloe.
Visitation will be held on Thursday, July 18th, 2019 at Cooper Funeral Home from 5-8 PM. Service will begin at 8 PM. Memorials will be suggested to Cooper Funeral Home, 10759 Alexandria pike, Alexandria, KY 41001 or by calling (859)635-7844.

Honor the life of Stephen Daunt

Please share a condolence, photo or memory of Stephen. We welcome all condolences that are positive and uplifting that will help family and friends heal.