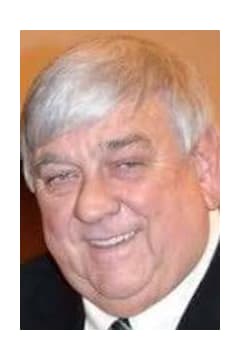 Stanley William Steidel, 78, of Cold Spring, KY passed away unexpectedly on November 4, 2019. He graduated from Dayton High School in 1959 and went on to play basketball for Brewton Parker Junior College in Mt. Vernon, GA. After playing two years there, he transferred to Villa Madonna College (now Thomas More College). After a 2-year stint with the Army, Steidel graduated with a bachelor’s degree in education from UC and later obtained his Master’s from Xavier University. Upon graduation, he began teaching at Dayton High School. While at Dayton, he held the title of the Coach with the most wins, with more than 300 victories in over 34 years. He never expected recognition for his accomplishments because in his eyes, he was just “doing his job.” He was the Founder of the All A Classic for Northern Kentucky schools, which became a statewide tournament. He raised and awarded millions of dollars in scholarships for All A students. Starting this year, one female and male athlete will receive a scholarship in his name. He dedicated many hours to the Kentucky High School Athletic Directors Association (KHSADA) and the Kentucky High School Athletic Association (KHSAA). He served as president and chairman of the finance committee on the KHSADA board. Stan proudly served in the United States Army. He was the athletic director for Dayton High School and most recently, Holmes High School. Dayton High school gymnasium floor was named “Stan Steidel Court” in 2018 for his dedication to their athletic program. He was selected twice as the Kentucky High School Athletic Director of the Year, chosen as one of the 50 Most Powerful People in Kentucky Sports and inducted into the National High School Coaches Hall of Fame in 2010. In addition to the Legacy Stan leaves behind, he is survived by his wife; Louise Jean (Baker) Steidel. Daughters; Melanie Pelle, Jennifer (Joe) Jones. Grandchildren; Paige Pelle, Steven (Abby) Pelle, Jordyn and Joel Jones. Great Grandchild; Addyson Pelle. Brother; Thomas (Sharon) Steidel and 3 nephews. He was preceded in death by his daughter, Elizabeth Steidel and son in law; Steve Pelle. Visitation will be held at Dayton High School Gymnasium, 200 Green Devil Ln, Dayton, KY 41074 on Sunday, November 10, 2019 from 12pm-4pm. Service will begin at 4pm. Memorials are suggested to the All A Classic Scholarship fund, c/o Dave Cowden, 1320 Lincoln Road, Lewisport, KY 42351. Cooper Funeral Home is serving the family.

Jennifer, the Gallatin County Schools Instructional team offers our condolences to you. Your dad's legacy for us comes through you and the work that you are doing with us. Not many of us knew your father, but we have come to know you very well and we are grieving with you. We can clearly see that he was a special man that left his mark in all he did and especially on you. Your generous heart is evident each time you are working to help our district do better for our students. We know your heart is broken, however, a heart so big and caring will endure and honor his legacy by continuing to help us be all we can be for our students.
- Tony Jury
Louise & Family, My deepest condolences to you and your family on the passing of Coach Steidel. He was an incredible coach and an even better person. When I think of all the great times at DHS, there are always stories of Coach Steidel that are included in those memories. I will never forget all the great things Coach Steidel did for me on and off the court. Heaven is gaining a great man that truly has left his mark of greatness on everyone he came in touch with. God Bless!!!!
- Kevin Moore
Louise, Melanie & Jennifer, Our condolences to the Steidel family as we celebrate Coach Steidel’s life. His body of work is nothing short of remarkable. He was our teacher and coach. He gave us guidance and shaped us as teenagers. He lectured us when necessary but, he also loved us. He has positively impacted thousands of student athletes both locally and across the Commonwealth of Kentucky. Coach Steidel was in the business of education for all the right reasons. His legacy will always be remembered and, celebrated in our home. Jim & Gina Wrobleski
- Jim Wrobleski
Louise and family.... The entire Brandt family wants to express our sympathy to you.The legacy he leaves is enormous.May he rest in peace.
- Michael Brandt
Louise & family . . . Our sincerest sympathy in the passing of Stan. His impact will forever be impressed upon our Commonwealth and his legacy will live on through so many different ways. Prayers for comfort and peace. Laura & Jay Schneider
- Laura Schneider