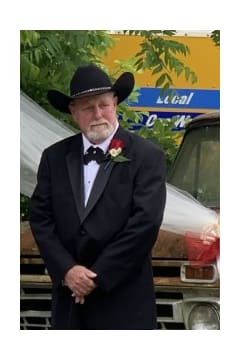 Paul Anthony DeGolyer, 66, of Alexandria, KY passed away at St. Elizabeth Hospital on October 14, 2019. Paul proudly served in the United States Navy. He was a welder at Logistic Services. He was a member of Norwood Masonic Lodge, Scottish Rites and 32 Degrees. He was one of the kindest men you would have ever met. He handled every situation that he was dealt head on and never complained. He was the son of Paul Warren and Mildred (Singleton) DeGolyer who preceded him in death. He was also preceded by his brothers; Jim and Troy DeGolyer and sister; Judy Mead. He is survived by his wife; Sherry (Morgan) DeGolyer. Sons; Paul Anthony Jr. and Scott (Shawn) DeGolyer and Chuck (Brenda) Matthews. Daughters; Tisha Reynolds and Teresa Abbott. Sisters; Veronica Davis and Yvonne Clemens. Along with 18 Grandchildren and 18 Great Grandchildren. Visitation will be held on Friday, October 18, 2019 at Cooper Funeral Home from 4pm-8pm. Service will be held on Saturday, October 19, 2019 at 10am at the funeral home. Dr. Tom Wilkes will be officiating. Burial will follow at Alexandria Cemetery.

Please share a condolence, photo or memory of Paul. We welcome all condolences that are positive and uplifting that will help family and friends heal.