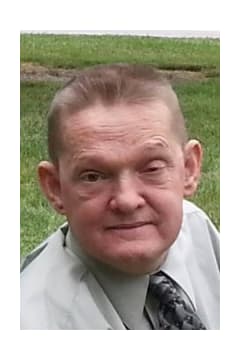 Jeffrey Lee Deaton, 56, of Crestview Hills, KY passed away at Christ Hospital on February 21, 2019. He was a retired salesman for Dan the Door Man and had currently been working for PDQ Doors. He was a member of Delta Tau Delta Fraternity. He was born to Jack and Emma (nee Sebastian) Deaton. His father preceded him in death. He is survived by his mother, Emma Deaton. Daughter; Lindsey (Josh) Aranyos. Sisters; Gail (John) Runion and Lisa (Doug) King. Along with 2 Grandchildren; Suzanna and Scarlett Aranyos. Nephew; Zachary King. Nieces; Tabitha Larkin, Stacey Cherry, Cortney King and Krystin King. Great Nephews; Kyle Larkin, Dominic Larkin and Christopher Cherry. A memorial visitation will be held on Sunday, February 24, 2019 at Cooper Funeral Home from 5:30pm-8pm. Cooper Funeral Home is serving the family.

I met Jeffrey driving the TANK bus. We always talk about sports and the weather. I'm going to truly miss him Well Jeffrey Antonio Beown went to the Raiders. So now I'm a Raiders fan. See ya later No more pain God got you
- Stacy Jeffries
Gail and family I am so sorry for your loss it's been a long time you are all in my prayers
- Karen Coyne
Very sorry to hear of Jeff's passing. My heart is with all of his family. God Bless.
- Jackie Waibel
Rich and I send our love. Jeff was a precious part of our church family. May God our Father give you grace and peace. (Colossians 1:2) ❤️
- Val Livingood
I’m so sorry to hear of the passing of Jeff. Will keep all of you in my thoughts and prayers always such a sweet and kind guy
- Ruby Fields
This is heartbreaking. Jeff fought HARD against bad health, but always with a sweet spirit. Healed to perfection now. See you later, Jeff! If you don't stay completely busy in worship, give Jay a hug for me.
- Becky Kaneta
My heart hurts hearing this news. I met Jeff years ago while working for Dan the Door Man. Jeff taught me all the beginnings of being in the door business. We quickly became great friends. Through all his struggles with his health, his smile always made everything better. Big hugs to the family. Jeff is definitely in a better place but the world is definitely a more lonely place without his wit and laughs! I will forever miss you my dear friend!
- Anndi Couture
Love ya Jeff. I will always remember our trying to take that banner back from NJ to Moreheadstate and the police chase that ensued. They let us go cause we were in Jersey and young and dumb lol. RIP with all my love
- Rob McKee
While there are no words or actions that will take away your pain, we hope you are surrounded by much love and support at this difficult time. May the God of all comfort calm your hearts and help you heal (2 Thess 2:16,17).
- Dee Rich