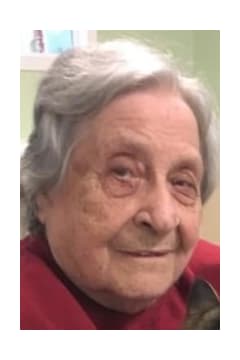 Geneva Ruth Campbell was born in Greenup County to Henry and Elizabeth (Carr) Meenach on May 29, 1925. They moved to Bracken County in 1932. She was married to Raymond Campbell and they had 4 children. Billy (Joann) Campbell passed on January 6, 1999. Ron Campbell passed on December 12, 2010 and Ray passed on August 17, 2003. She is survived by her daughter Judy (Dan) Ged, of Bowling Green, KY and Bobby (Lyla) Campbell of Florida. Along with 7 Grandchildren and 4 Great Grandchildren. She retired from the Butler Nursing Home and moved to Florida. She later moved to Bowling Green, KY with her daughter. She passed away January 11, 2020 at Signature Healthcare. In addtion to her children, she is survived by sisters, Irene Roseberry, of Grants Lick and brothers; George Meenach of Florence, KY, Ray Meenach of Cincinnati, OH, Ralph Meenach, of Independence, KY and Frances Ramsey of Falmouth, KY. Also preceded by Carroll Meenach, Elwood Meenach, Faye Bennett, Lucille Barnhill and Helen Smith. Visitiation is Friday, January 17, 2020 at Cooper Funeral Home from 5pm-8pm. Service will be held on Saturday, January 18, 2020 at 11am at the funeral home. Cooper Funeral Home is serving the family.

Best aunt I could have asked for..... Her smile would light up a room...
- Malisa Smith
I remember her laughter. She always had a special laugh, especially when young Joshua was running naked around her house. Her eyes always had happiness and laughter in them. She always made me and my family feel a part of her family. I love her like my mother.
- Shara Rubio
Condolences to the Campbell family. Went to school with the boys.
- Larry Faul