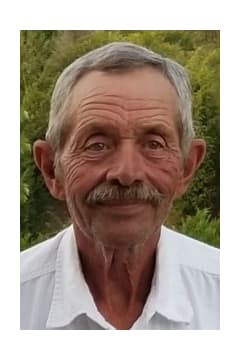 Garry Arthur Woeste, 68, of California, KY passed away on July 28, 2019. Garry was the son of Arthur and Peggy Woeste. He was preceded in death by his mother, Peggy. He worked for over 40 years at Hilltop Basic Resources and LPM Electric. Garry was a member of Sts. Peter and Paul Church, was on the Hospitality team, and was also a member of the Catholic Order of Foresters. He also volunteered with the Shriner’s Hospital fishing derby.
He was married to his loving wife Sue of 42 years. He loved spending time with his family, Lori and Stacey and was excited on the newest addition to the family, their first grandchild Wyatt.
In his younger days, he was the #1 in the state of Kentucky in the Bear Bow Archery Tournament. Garry was a man with an incredible work ethic. He loved working on the farm. No matter who he was working with, within a couple hours of knowing him they would have the utmost total respect for him. He never asked or wanted to have the glory or credit for getting a job done. But behind the crowd he was the one that got it done. No matter how busy or how much he had to do, he would always help anyone.
When he wasn’t working, he loved hunting and fishing. He loved being outdoors. He believed that whatever was caught or killed or didn’t go to waste, even when he brought in a smaller deer to the meat house and would receive a hard time from the guys he would grin ear to ear and say “ Boys, I have never tasted a bowl of antler soup that was worth eating.”
He is survived by his father; Arthur Woeste. He also leaves behind his wife of 42 years; Marilyn Sue (nee Steffen) Woeste. Daughters; Lori Ann (David) Taylor and Stacey Lynn (Craig) Woeste. Brother; Bob (Kathy) Woeste. Sister; Mary Lou (Don) Steffen. Grandson; Wyatt David Taylor. Visitation will be held at Cooper Funeral Home on Friday, August 2nd, 2019 from 4pm-8pm. Mass of Christian Burial will be held on Saturday, August 3rd, 2019 at 10am at Sts. Peter and Paul Church in California, KY. Burial will take place in Sts. Peter and Paul Cemetery. Memorials are suggested to Sts. Peter and Paul Church, 2162 California Crossroads, California, KY 41007. Cooper Funeral Home is serving the family.

I worked with Garry for almost 40 yrs. and if there was a better man than him I haven’t met him. We worked many long hours together. Early morning starts and long days. Many cold, cold mornings in the winter, Garry would stop what he was doing to help me clean snow and ice off of the conveyor belts. He was always available to help anyone, anytime. Rest assured that he loved his family. He was always talking about his dad, wife, and two daughters. I still remember his referring to them as two famous Sesame St. characters ( you know who you are). He really loved you girls. I’ve never known a man who had such a strong relationship with his dad as Garry did. And finally his wife, Sue. Suffice it to say that you were his everything. Garry, you’re finally getting to rest and relax and continue on doing for others in heaven. To his family, while he is physically gone , he will always be with you. You’ll all be in my prayers during this difficult time. Saying someone will truly be missed most times is just words. Not so in Garry’s case. He was a great man , son, husband, father and for too short a time a grandpa. I’m fortunate to say he was my friend and he will truly be missed but always remembered. God bless all of you and keep you in His loving arms during this painful time.
- Tim Knoll
Sue and family, I am so sorry for your loss. I will keep you and your family in my prayers.
- Virginia Jump
My condolences to the Woeste family. May God give you strength and comfort to get through this time of grieving. Marylu, you are in my thoughts and prayers. My God give you courage, comfort and peace. In Christ's love to you. Nyra
- Nyra Hopkins
Dear Sue and girls, Please know that I am so sorry for your loss. He was a wonderful person.
- Pat Wade