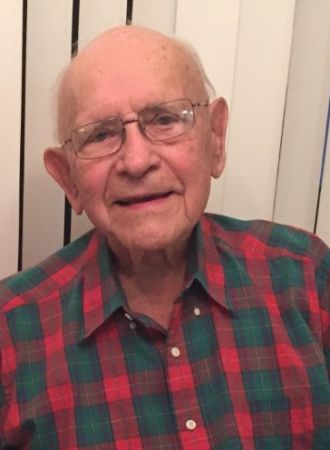 Floyd Paul Jones, 97 of Cold Spring KY entered Heaven’s gate on January 14th, 2023. He was the son of Burgess and Laura (Brown) Jones. He was retired from Golden United Insurance Sales where he had served as President. He was an Elder at Union Grove Church of Christ and a member of Walnut Creek United Church of Christ for many years. Floyd had also attended Safe Harbor Church in Ft. Myers, FL. He enjoyed making furniture and was quite good at it. Floyd was preceded in death by his parents, Son Danny Jones, Brother Ed Jones, Sister Ethel Greinert and grandson, Kirk Horn. He is survived by his wife, Peggy Jones. Daughters; Paula (Chuck) Russell, Jenny (Bob) Horn and Judy Jones. Along with 6 Grandchildren and 19 Great- Grandchildren. Memorial Visitation will be held on Friday, January 20th, 2023 at New Hope Christian Center, 941 Central Ave, Newport, KY 41071 at 1pm. Burial will follow at a later date in Union Grove Cemetery. Cooper Funeral Home is serving the family.
Posted by:
Lois and Dan Robertson
Posted on:
January 19, 2023
The Jones Family,
We are so sorry for your loss. Please know many caring thoughts are with you during this time of sorrow. Floyd and Peggy have a special place in my heart and memories to carry with me forever.

Posted by:
Martha Coffman
Posted on:
January 17, 2023
Dear Peggy and family,
It was my honor to meet Floyd and to get to know him and his family, just a little. He was so pleasant and cheerful when I visited him, although I'm sure he wasn't always feeling very well. Once, after he was answering some questions about his life experiences, I teasingly asked him what his next adventure would be. He didn't answer but looked at the ceiling and pointed skyward.

Sending my deepest sympathies and healing prayers for everyone.

Peggy and daughters, you were like angels watching over him. I smile here thinking about him and his beautiful family.