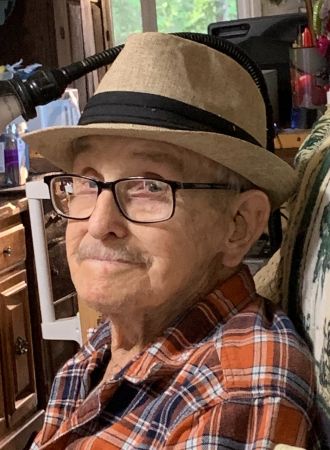 Additional Visitation will be held on Wednesday, September 14th, 2022 from 10am-10:45 am. Burial will follow at Oakland Cemetery.

Truman Turner, Sr, 97 of Butler, KY, went home to be with the Lord on
September 10, 2022. He was born on August 14, 1925, to his parents
John Henry and Mary Jane Turner. He was a Navy Veteran of WW II, a
retired foundry worker, farmer and a true collector of “rust and dust”.
He was the oldestmember of New Macedonia Old Regular Baptist
Church in Newport, KY.
He was preceded in death by his loving wife of 74 years, Gladys M.
Turner and son Truman Turner, Jr, along with son-n-law James Sarbeck
and grandson, Justin L. Stone.
He is survived by his children; Diana (Kevin) Tomlinson, Jane Sarbeck,
Jeff (Mary) Turner, Edna (Chuck) Britton, Kathy (Wayne) Lundberg, Sue
(Johnny) Stone; sister Wilma Barrett; 16 grandchildren, 22 great
grandchildren and 4 great-great grandchildren.
A visitation will be held at Cooper Funeral Home in Alexandria, KY, on
Tuesday, September 13, 2022, from 3-7 pm, with the service beginning
at 7 pm. An additional visitation will be held on Wednesday,
September 14, 2022, from 10-10:45 am.
Burial will follow at Oakland Cemetery in Grant’s Lick, KY, at 11:00 am.
Memorials are suggested to New Macedonia Old Regular Baptist
Church, P.O. Box 151, Alexandria, KY 41001 or Oakland Cemetery,
909 Kenton Station Rd, Alexandria, KY 41001. Cooper Funeral Home
is serving the family.