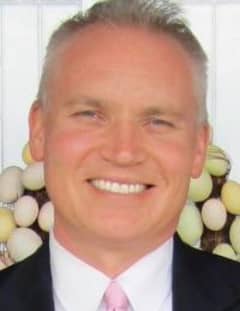 Brian Lee Lauer, 42 of 12-Mile, Kentucky, passed away peacefully at home surrounded by his loving family. He was born on April 25, 1977 to Donald and Elline Lauer. Brian was a life long member of Sts. Peter & Paul Parish where he attended grade school and church. He had a Masters in Business from Xavier University and his Undergrad through Northern Kentucky University. Brian married the love of his life Amanda (Mandy) Staley in 2003. Soon after that they had two boys, Preston and Lucas, which were his world. He worked at P&G as a Purchasing Manager and was a part of the Xavier Ambassador’s Program. He was a member of the Catholic Order of Foresters, served on the Sts. Peter & Paul School Board, and the Parish Council. Brian had a deep love and appreciation for music; from joining the Back Roads Band in his teens for 20 years, to acoustic 12-Mile Bound, on to his current band, Borderline. He loved guiding the members of Sts. Peter & Paul Youth Choir, preparing music for mass. Brian also enjoyed sports, from our local colleges to the Cincinnati Reds, and of course his Kentucky Wildcats. He never missed a game and loved being a part of the March Madness in Nashville. Brian’s character was nothing less than a class act. God and family always came first. He always had a smile and a kind word to say. His loyalty, kind heart, and dedication will forever be remembered. Brian is survived by his parents , Donald and Elline Lauer, wife Mandy, and boys, Preston and Lucas. He also leaves behind his in-laws: Veronica Staley, Veronica Pingel, Rachel Jones, Gerald Staley, Adam Staley, and a host of friends that will forever feel his void. During Brian’s fight against Cancer, he turned to music to help him through those rough days. During this time he paired up with his oncologist, Dan Flora, and started the “Bands Against Cancer” fundraiser. Memorials in memory of Brian are suggested to the St. Elizabeth Cancer Center Music Therapy program for the patients or Cancer Family Care. A visitation will be held at Cooper Funeral Home in Alexandria, Kentucky on Sunday March 8, 2020 from 1-5pm. A mass of Christian burial will be held at Sts. Peter and Paul Church on Monday March 9, 2020 at 2pm.

I will always remember Brian with his smiling face and positive attitude over the years I have known and worked with him. He was ethical, supportive, would listen and find humor in the situation and move on. If the conversation steered towards college basketball, he would rattle the stats for Wildcats, March Madness was his favorite time of the year. I treasure the time I spent with Brian over many years, lunches, dinners and meetings- and I know I am not alone. May you cherish the memories, and take comfort that he always wanted best for his family, friends and team....
- Rahul K. Nayak
Mandy, I am so sorry to hear about Brian. I will keep you and your family in my prayers. I know Brian will be sorely missed. Love, Mae
- Mae Nash